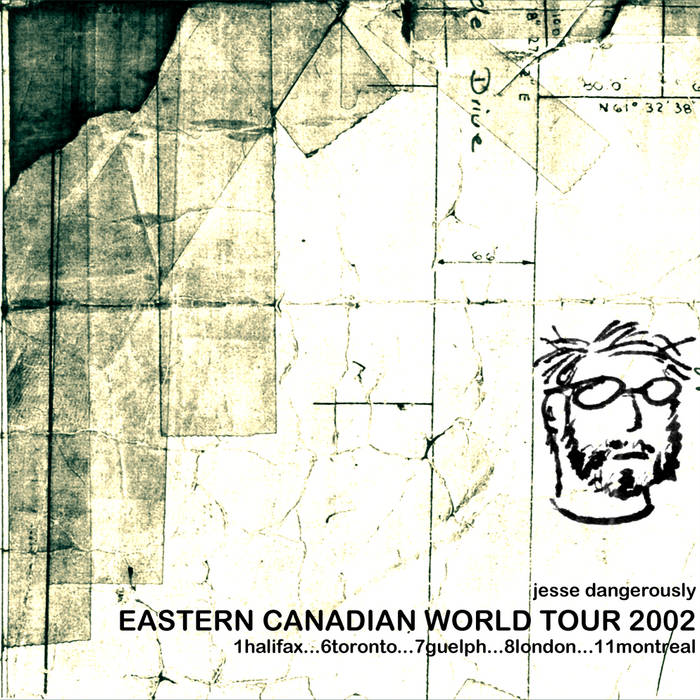 Austerity Nissenfeld There is so much to this album. I have been listening to it for what seems to be half of my life at this point.

Equal portions self indulgence and biting social commentary the only way you will understand is to listen. Favorite track: Jane Purves (This Song Is About Schools).

These songs were originally intended for two different projects - a vinyl EP called "Get Fresh Shall Be The Whole of the Law" and a CD called "My Record After The Record After This One". They were each to be comprised of tracks written after the 1997-2001 period that produced the bulk of what became "How To Express Your Dissenting Political Viewpoint Through Origami", but when Jesse got an opportunity to embark upon his first tour with the Backburner crew, he knew he'd be a sucker to step out with no product to slang. So he forced Fresh Kils into a slavish endeavour, making tracks that were barely demos into a release that was "good enough".

As with the BREAK cassette, all beats on this album were produced by Jesse D. The only guest MC is Wordburglar on "Strictly Do This" (which also appeared on Burg's eponymous debut EP), but a lot of Jesse's friends from many walks of life loaned their recitation of the title to the chorus of "Get Fresh". It was a lot of fun to put together!

The original tour editions of the CD were imitation vinyl discs, with hand-cut labels and specially designed mini-sleeves. People thought that was cute