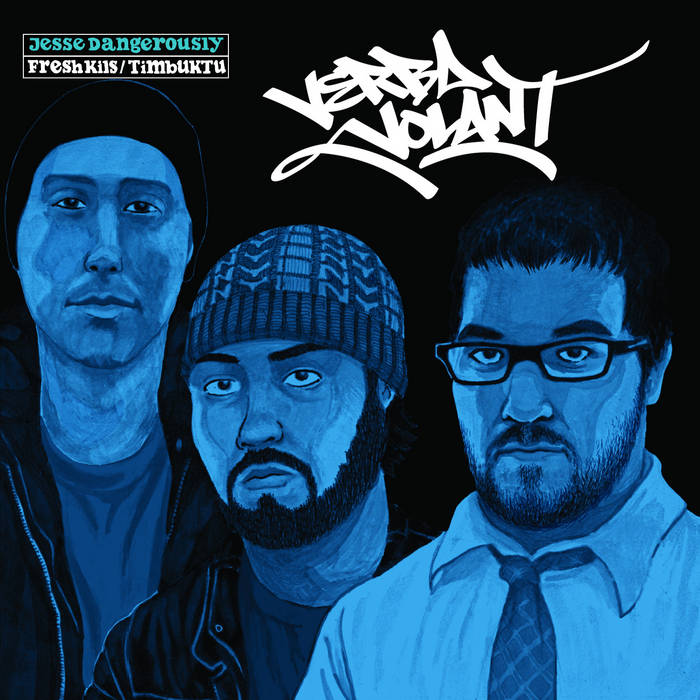 The second, and accidentally final, installment in Jesse's split-producer EP series! Beats are handled half by Timbuktu, and half by Fresh Kils. Uncle Fester did all the scratches.

Just like Inter Alia, Verba Volant features two remixed songs from Jesse's even earlier catalogue! Tim made "Celebrity Nudes" much funkier, and while Kils's treatment of "Get Fresh" shouldn't responsibly be referred to as "electro-crunk," it's about 900% more body-movin' than before.

The guests are a hoot - ginzu333 and Johnny Hardcore, Don Brownrigg and Rez Villain, Choke and Psybo and Timbuktu, and Wordburglar and Apt and More or Les - hell even Ottawa's Atherton sneaks in for a one-liner! Jesus there's a lot of guests for an EP.

What was I thinking.

I'm including all the instrumentals I have. Celebrity Nudes and Butchershop Quartet are missing because I've never had them. They've never been performed live!