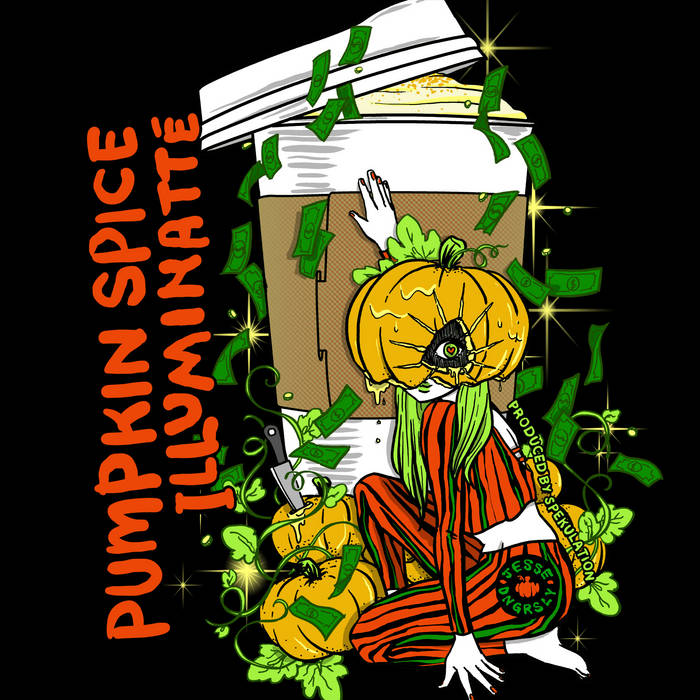 Jesse Dangerously releases his new single, Pumpkin Spice Illuminatte, a hilariously catchy celebration of Autumn’s favorite flavor, produced by Seattle-based producer, Spekulation. The song is a bass-heavy hip-hop track featuring Jesse’s trademark lyrical precision, this time with a more lighthearted twist. “All of my other songs are either about being incredible at rap, or my emotions about politics,” says Jesse. “So this is notable in being the first song I've recorded in a two-decade career that anyone has enjoyed listening to at all.”

“What really inspired me about the song was how well written and rapped it is. It’s pretty rare I get handed a project that has it all, including a sense of humor, and I just get to have fun with it,” says Spekulation, who is best known for his viral hit, "Bout That Action" (“Probably the best song I’ve heard in 2014” - Pitchfork).

Jesse wrote the song during a 2-hour break in-between shifts while scraping by as a rapper-slash-barista in Canada's capital. “I had just come home from a tour in the US where I'd seen pumpkin spice iced coffees at Dunkin Donuts and I snapped. I just wanted to make my coworkers laugh… I did not expect it would make everyone think I was just so excited for PSL season.”

"Pumpkin Spice Illuminatte" is available now through Bandcamp and Soundcloud. It features cuts by Seattle's DJ absoluteMadman, and backing vocals by KL the Mayor of Ottawa and Nolely Nole. For the rest of the year, Jesse is laying down banjolele parts and wrangling influential Canadian guest spots for an album called I Promised Myself, while Spekulation is locked in his studio preparing his own upcoming album, due Summer 2016.

For more information and other releases, visit www.dangerously.ca and spekulationmusic.com