Bring Your Girlfriend To Rap Day

by Jesse Dangerously with Audra Williams 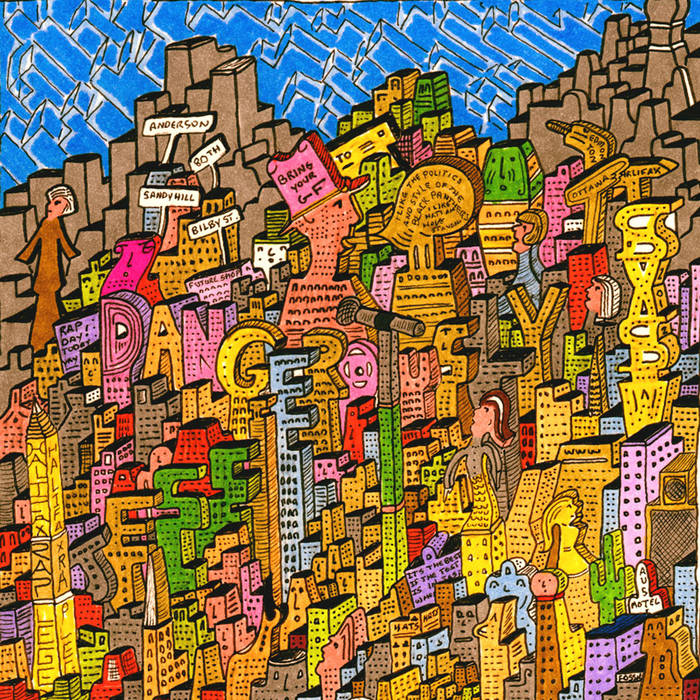 pokey If you have to ask why, then you should probably shoot yourself.

Included free with the single download is a high-res file of the exciting music video directed by Charlotte Wolf! You can also watch that video at www.youtube.com/watch?v=Zlz6cyZYnhY

album version and its instrumental produced in full by Jesse Dangerously;

remix version and its instrumental produced as friends by Shael Riley and Ty Guenly of chip-pop outfit the Double Ice Backfire;

Audra Williams wrote and performed her own raps and tapdance in full! She also was the little kid you hear sampled, saying "Nuts to that, Spazmodeus!" It's from an episode of The Littlest Hobo (season 3) about little kids LARPing. She played "Princess Theaella." That's her, in 1983.

Scratches used without permission from records by Cadence Weapon and Boogie Boys.

The music video that comes delightfully with the album was directed by Charlotte Wolfe and cinematographed by Tyson Burger.

The fictional map that gracefully adorns this single is by Shane Watt, a cartographer of somewhat fanciful places. You can see more of his brilliant work at www.shanewatt.com